My dear friend had her annual holiday tea at the Peninsula Hotel yesterday. It was our usual time to “catch up” with a two-hour year-in-review before we all ran off to our respective family winter breaks. Of course there was the required group picture in front of the Christmas tree, and, of course, the shot […]

My dear friend had her annual holiday tea at the Peninsula Hotel yesterday. It was our usual time to “catch up” with a two-hour year-in-review before we all ran off to our respective family winter breaks. Of course there was the required group picture in front of the Christmas tree, and, of course, the shot was posted on Facebook.

This is how crazy I am. Instead of seeing the tagged photo and remembering what fun I had hanging out with my long-time sisters, I became pre-occupied with the fact that the shirt I wore made me look pregnant. As an aside, one of the girl’s brought a handful of of pix taken at a bachelorette party from 10 years before where we all looked like super-models on a tear. (Those weren’t posted, btw.) Talk about body issues. Please, my next book could be exclusively made up of years of journal entries beginning with what I ate, if I worked out or Do I feel fat today? Certainly, at my age, one should rightfully cease to care about the silliness of this stuff except that with Facebook, etc. anyone from your high school guidance counselor to a camp mate to an old flame to your chiropractor is privy to your bad-hair-chubby-chinned memories.

Remember that Seinfeld episode where George thinks of a great retort to a conversation he had and then the next day he goes to deliver it but it’s lost its power. I feel that way plenty, like I wish I had said this or that, then what-the-hell, it’s too late.

That’s the reason I’ve taken to my blog instead of putting a simple one-line protest under the posted Facebook pix claiming that, “Hey, I’m a size 6, I just have big boobs!” (because that would be psycho, right?) What better place to clean out the rattling halls of my brain from the I should have said blah blah blahs… than my public soapbox? Since everything we do is so broadcasted, why not just rant here? Explain myself. I didn’t eat healthy, exercise, quit smoking a million years ago and keep up my hair color to have a bad-angled picture of myself floating around cyberspace for eternity. But, then again, now that I’ve said that, it’s like a do-over. Here’s the picture, I admit, I’m a kook. Everyone’s gorgeous as ever and I’m obsessively vain.

There’s no end to this madness. Damn the beauty industry, curse L.A. and its homecoming queen-based culture. Why couldn’t I have been French?

While I’m clearing the air, so to speak, I may as well share a story that has driven me nuts forever. At a Beverly Hills Oscar event a couple years ago with this same group of girls, I visited the fabulous home’s washroom. It was occupied by a now ex-husband of one of my friends. After he leaves and I go in, I almost pass out from how much he compromised the place. I suffered through my two minutes in there and when I came out, a very well-known TV Star (who is the husband of another guest) goes in after me. In that split second, I needed to say, “Wasn’t me.” But I didn’t. I laughed oddly and ducked back into the festivities. Guilt by association. Only a forensic scientist could have pardoned me after that. Ever since that night, I run into this guy time after time and I know he thinks I’m the culprit who destroyed the powder room. I’ve told people in our common circle the story in hopes that maybe they’ll tell him and he’ll finally know that I wasn’t the pig at the party. I doubt he reads my blog, but hey, if you know the story and who I’m talking about, pass this on. Wasn’t me.

So, let’s review. I’m a nut-job, I’m not the size of a Metrobus, and I didn’t inconsiderately take that dump at the fancy awards party. And ultimately, I’m grateful for my health, my family, my life and I’m proud to be an American and none of this matters. Was the disclaimer Miss USA enough?

I feel so much better. Thanks for listening and Happy Holidays.

Pam Alster, former TV writer & suburban mom brings a decade of living on the dark side to light in her novel debut Robin’s Blue available now in Kindle and Paperback. www.pamalster.com Find her on Facebook, Goodreads and Twitter @plexigirl.

I Heard The News Today…

Newspapers –The Times-Picayune, the Durango Herald, I think I even heard that the Syracuse Post Standard are cutting their publishing week and opting for the less-expensive online route. Public […] 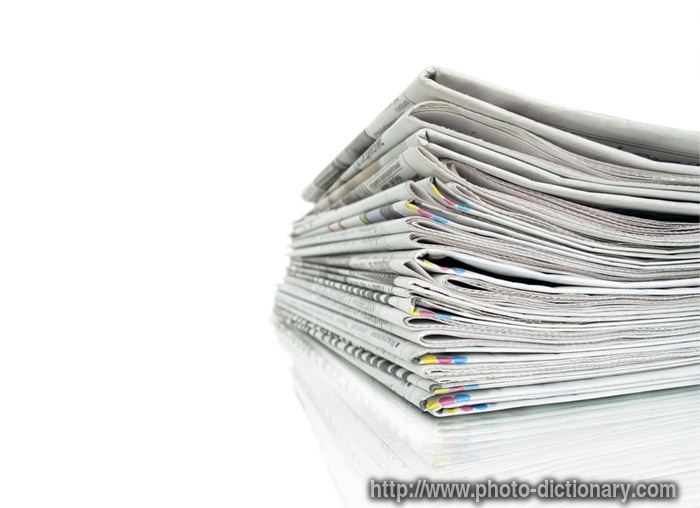 Newspapers –The Times-Picayune, the Durango Herald, I think I even heard that the Syracuse Post Standard are cutting their publishing week and opting for the less-expensive online route. Public schools are moving toward digital text books with interactive features. All reasons for the publishing houses to be in terror of losing the entire industry.

Then were topics being tossed around for the Presidential debate aired tonight from Colorado. Job creation. Our unused fossil fuels. How we need to expand our own national resources. The deficit.

As a now middle-aged woman, I grew up with TV dinners, astronauts and Motown. A baby during the civil rights era, I came of age through the denial of the ERA, the sexual revolution, the onset of AIDS and drug addiction. It’s astounding to see the wheels of seismic evolution rolling.

I don’t know much but it seems obvious that the time is now for us Americans to re-set our way of thinking. We have to molt from the consumerism trap and educate our emerging work force to support the structure of our future economy. Older workers, laid-off employees must be re-educated our for the digital age –software engineers and programmers instead of structural engineers. Science for renewables instead of coal-mining, data input to reduce paper and the current backlog of accessible information. Solar and renewables instead of our ridiculous addiction to oil. Putting people into jobs that re-invest in our infrastructure and mass transit. Removing ourselves from this perpetual state of war that we can no longer afford –not just in dollars but in morale and the damage to the returning veterans, their families and communities. Transition from a country of mass incarceration with changes in drug laws and the move toward rehabilitation and treatment. Family planning, instead controlling women’s bodies by crying piety or shaming them. In general, pushing forward, not back.

This is the message I want to hear before election day. I’m over the geezer retoric — job creation, energy independence (meaning let’s open Artic drilling), no new taxes, global warming is a hoax, down with Socialism. How about drop the political divisive issues and float something we can all get behind like when Kennedy inspired our nation to go to the moon? I know, fluff, right? But it worked.

As a member of the generation that is now “minding the store,” my hope is that we can rise toward innovation, pride in accomplishment and working together for the common good. It’s not Socialism, it’s smart.

My brother-in-law, a Capital Hill insider, says before any real change can happen (and I paraphrase), that a bunch of old men will have to go the way of the dinosaur. Bummer. Let’s hope for our kids that we will choose to transform sooner than later.