On my way into a Starbucks a guy on his cell, blabs away the boring details of his life for all the parking lot to enjoy. He cuts me off as I reach for the door, not to hold it open for me, but to let it recklessly close with a whoosh of air in my face before I […] 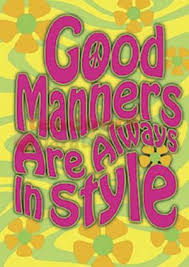 On my way into a Starbucks a guy on his cell, blabs away the boring details of his life for all the parking lot to enjoy. He cuts me off as I reach for the door, not to hold it open for me, but to let it recklessly close with a whoosh of air in my face before I catch it with my foot. He continues his diatribe into his phone, chortling between mono-syllabic grunts, oblivious to his surroundings. He gesticulates in front of me with the grace of a gorilla at a tea party as the line inches along. When he hangs up, he checks out the climate, finally notices me behind him, gives me an cartoon onceover, then winks.*

I’m not the first, and won’t be the last person, who is appalled by big mouths chatting away everywhere you go. The cellphone thing is here to stay and we’ll have to deal with it. I’ve been as guilty as the next person of conversations at the drug store but I think we’ve reached a boiling point.

I tell this story, not to be all used to be, blah blah blah, but to illustrate the point that basic manners are grossly missing in our daily interactions. I suggest that a  guide needs to be issued. I don’t care where — Miss Manners, classroom curriculum, YouTube.

What about a reality show where people have to live with each other and endure other’s reprehensible behavior. What? Oh yeah –Survivor, Jersey Shore, American Idol. Not much learned there.

Hey, and what’s happened to a respectable RSVP? Evite has turned the organized party into a cesspool of ill-bred conduct. People reply “yes” to an event from their mobile, don’t appreciate there’s a headcount needed, and arrive to the barbeque with their Little League team in tow.

And really, not to generalize, but sometimes it’s fitting — men are the worst. Gone are the days of after you or excuse me. I can be almost anywhere, the grocery store, the gas station, an elevator, and the only people who dare to utter those words are women. Seriously. And, for the most part, preceded by an apology as you reach for a milk carton at the same time, i.e. I’m sorry (for my existence), excuse me. I don’t say this because I’m middle-aged and I think my hotness has hit the wall. Men seem to have a common lack of awareness of their bodies and personal space. Here comes one now, just strutting down the sidewalk in my direction without moving aside while I stuggle to restrain my barking dogs. Does it occur to him to cross the street to avoid the discourse? Uh, no. Just tromp tromp tromp and a “hey baby!” while I and the pooches get doused with lawn sprinklers.**

I could go on –having to endure the view of low-cut tank-tops and hairy armpits in a restaurant, the valet parker farting in my car before he gives me the keys  –but who has the time? Maybe that’s the issue. No one takes the time to teach anyone what’s appropriate. Call me old school, but I think we can all agree that, as a society, we’ve completely lost our way when it comes to tolerable public conduct.

*The “wink” and other outmoded, ineffective forms of salutation to be addressed in forthcoming blog.